For a number of years I have increasingly heard stories of people struggling with the faith or world view that they have inherited. Watching Pilgrimage: The Road to Santiago on BBC I laughed when Ed Byrne commented that when the local church he’d grown up attending was installing a lightening conductor he finally left because for all the talk about faith the church demonstrated it did not have enough.

Having grown up in what I would now describe as a conservative evangelical church I have questioned my own faith and worldview. I have pulled it apart and questioned everything I was told by the church, my family, friends, pastors, school and so on. Is there really a God? What is the point in church? Does the church really follow and trust in the God that it preaches about? Many of the people I grew up with in the church no longer attend. It has little influence on their life but holds some fond (and some not so fond) childhood and teenage memories. I have gone on to meet people who have experienced at least rejection if not abuse from local churches. I know people who (in their hurting, fragile and vulnerable states) have been kicked out of churches because the people in the church didn’t recognise the actions and behaviours as a cry for help but interpreted them as insolence and disrespectful.

All are welcome in any church I pastor.

I have considered walking away from church myself. In many ways life would be much easier. It would be simpler. There is, however, something that always pulls be back. With all its imperfections (of which there are many and many of which are hideous) I remain. Not as an inactive audience member nor a silent participant but as an activist with a desire for the church to reach its potential, because the potential is vast and magnificent. 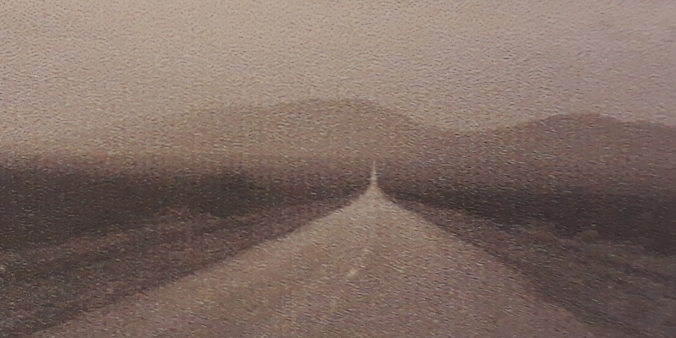 In my own journey I have questioned my faith, whether there is a God, whether Christianity is the right and only pathway to God, and so on. The term evangelical has become for many a dirty word. Before the days of Donald Trump and the support of white evangelicals alongside white supremacists and fundamentalists the term evangelical was being rejected, now it is associated with hate. Evangelical Christian’s have a reputation for being fixated on the Bible, in some cases taking it literally (when some parts are poetic or allegorical), making it fit lifestyle choices and judging and rejecting those who do not meet the criteria. Evangelical Christian’s are known to describe themselves as “Bible believing Christian’s” to laud it over others who they consider to have a lesser, misplaced or so-called incorrect interpretation of Christianity. The reputation of evangelical Christian’s is that they only love someone who behaves the “correct” way according to their “truth” and therefore in spite of speaking in terms of grace and mercy their actions reflect judgement and condemnation.

Because of all this I know people who have dropped the use of the word ‘evangelical’ and would simply describe themselves only as Christian, others would go a step further describing themselves as ‘post-evangelical’ or even recovering-evangelical whilst others choose to opt for phrases such as ‘Jesus Follower’ or ‘Follower of The Way’. I went down the route of simply being a Christian. No link to a particular denomination, theology or tradition but a sampling and celebration of them all.

A friend of mine died recently. Andrew was in fact not just a friend but he had been my youth pastor (more years ago that I care to remember). Andrew had a solid faith and a strong belief, which to the very end of his days gave him hope and caused him to share that hope with others. Andrew’s faith came from his understanding of the Bible and his relationship with God (Father, Son and Holy Spirit). Throughout his life, and in particular his suffering with cancer, Andrew held on to the words of the Bible, the promises within and its story. It kept him going, it kept him hopeful, it kept him faithful.

I reflected on my relationship with Andrew, on all the things he taught me and challenged me on when I was a teenager, on the church I grew up in and on the faith of my youth. I considered the stereotypical reputation of evangelical Christian’s (I have encountered the pious legalism over compassion many times). In all this, through theological training and my desire for the church to reach its potential and have a reputation for compassion, justice and love I realise that I am one of those Bible believing Christian’s.

I am an evangelical.